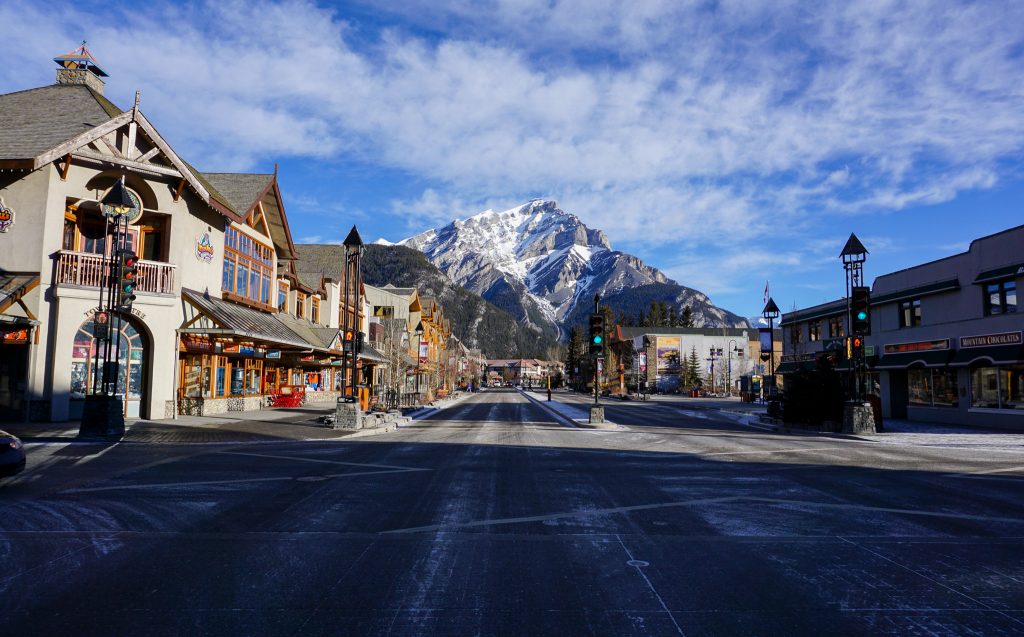 The Tale of a Very Quick Road Trip to Banff

Originally, our trip to Banff was supposed to be a three night romantic getaway for my boyfriend and I. However, all of our friends quickly jumped on board and it turned into a whirlwind adventure of skiing, drinking and sliding around an icy Canyon walk. In hindsight, I wouldn’t have changed it for the world.

We left Big White bright and early. 6 out of 8 people in the car were extremely hungover, or still drunk from Big White’s Annual Cat Shop Shuffle party the previous night, smashing back Caesar’s in an effort to either stay drunk or feel better. An hour down the road, they were all out like a light. The drive from Big White to Banff is not a particularly difficult one if the road is clear, but you will ‘lose’ an hour with the time change when you cross over into Alberta, so definitely keep that in mind.

On the way into Banff, we stopped off at Lake Louise. It was a grey day, and the Lake was frozen and covered in snow. I don’t know why I thought it wouldn’t be, but I was slightly disappointed. There is however, a frozen ice castle that is built on the frozen lake every winter, which is pretty darn cool.

We arrived in Banff around 4pm and checked into our hotel, Homestead Inn Banff. It is the perfect location for exploring the main street of Banff for an extremely reasonable price. Just don’t plan on having any parties there. They will make that extremely clear on check-in. Or maybe we just looked the part of the stereotypical ski bums who are most definitely going to throw a party and leave your hotel room in pieces (eye roll).

The rest of the night was spent wandering the main street of Banff, taking in the beautiful surroundings and enjoying a delicious steak sandwich at the Elk and Oarsman Kitchen and Bar.

We spent our second day riding Sunshine Village Ski and Snowboard Resort. As Big White staff pass holders, we all received one free day! Bonus! The terrain on offer is mostly intermediate, with areas for beginners and advanced riders as well. A gondola brings you from the carpark all the way to the Village centre of the main lifts. I did enjoy riding Sunshine for the day. We had a little bit of fresh snow still around and a good riding crew which always makes for a great day. It was freezing for us though, coming from balmy Big White. 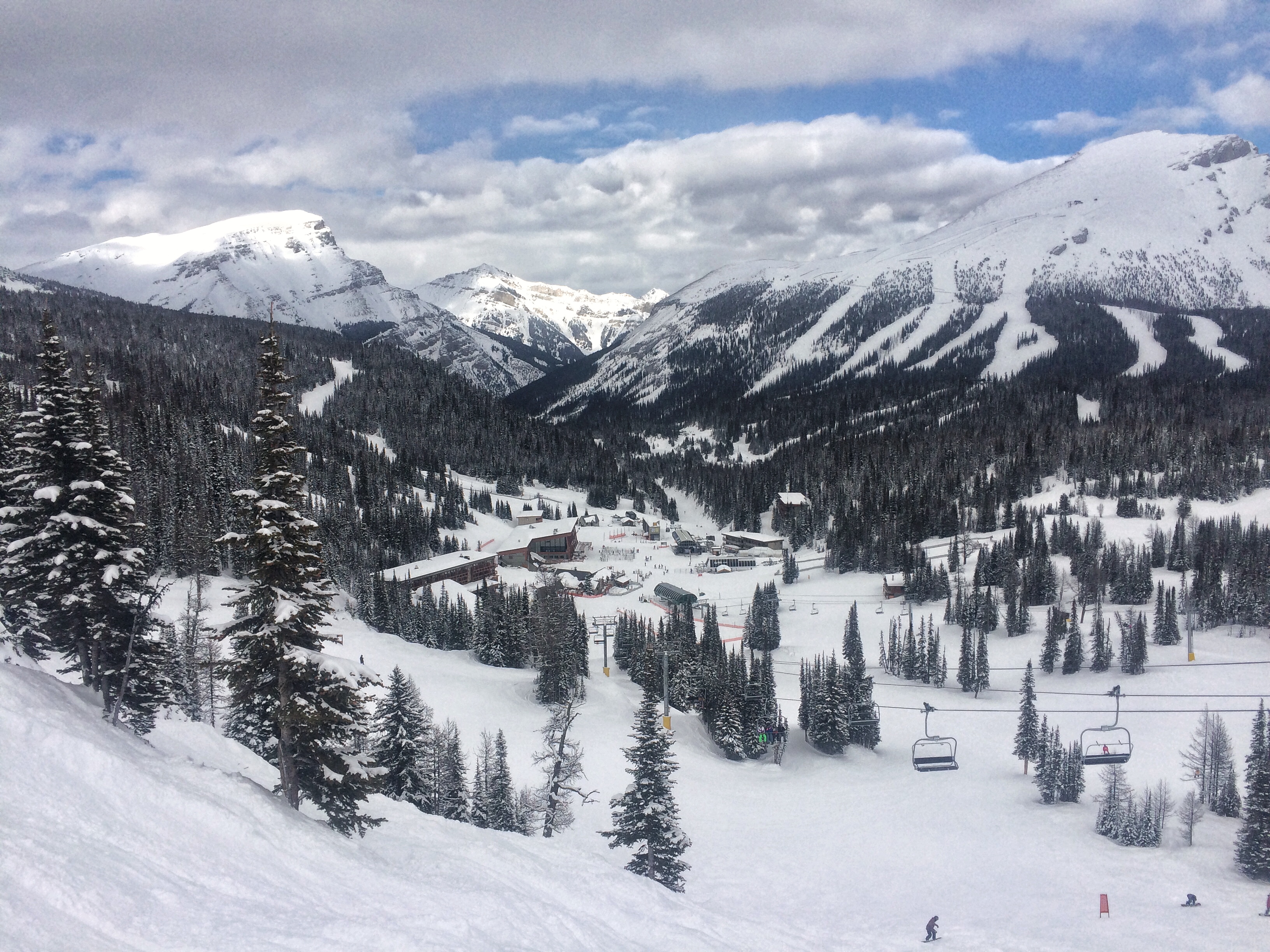 After riding until our legs were ready to fall off, we grabbed a quick lunch and headed off to Johnston’s Canyon. During Winter, the Canyon walls are covered in snow, and the waterfalls frozen, to make beautiful walls of ice! Johnston’s Canyon remains one of my favourite non-skiing places we have visited in Canada. I would recommend buying traction devices for your shoes though, instead of slipping and sliding all over the place like we did (it was kinda fun though!). 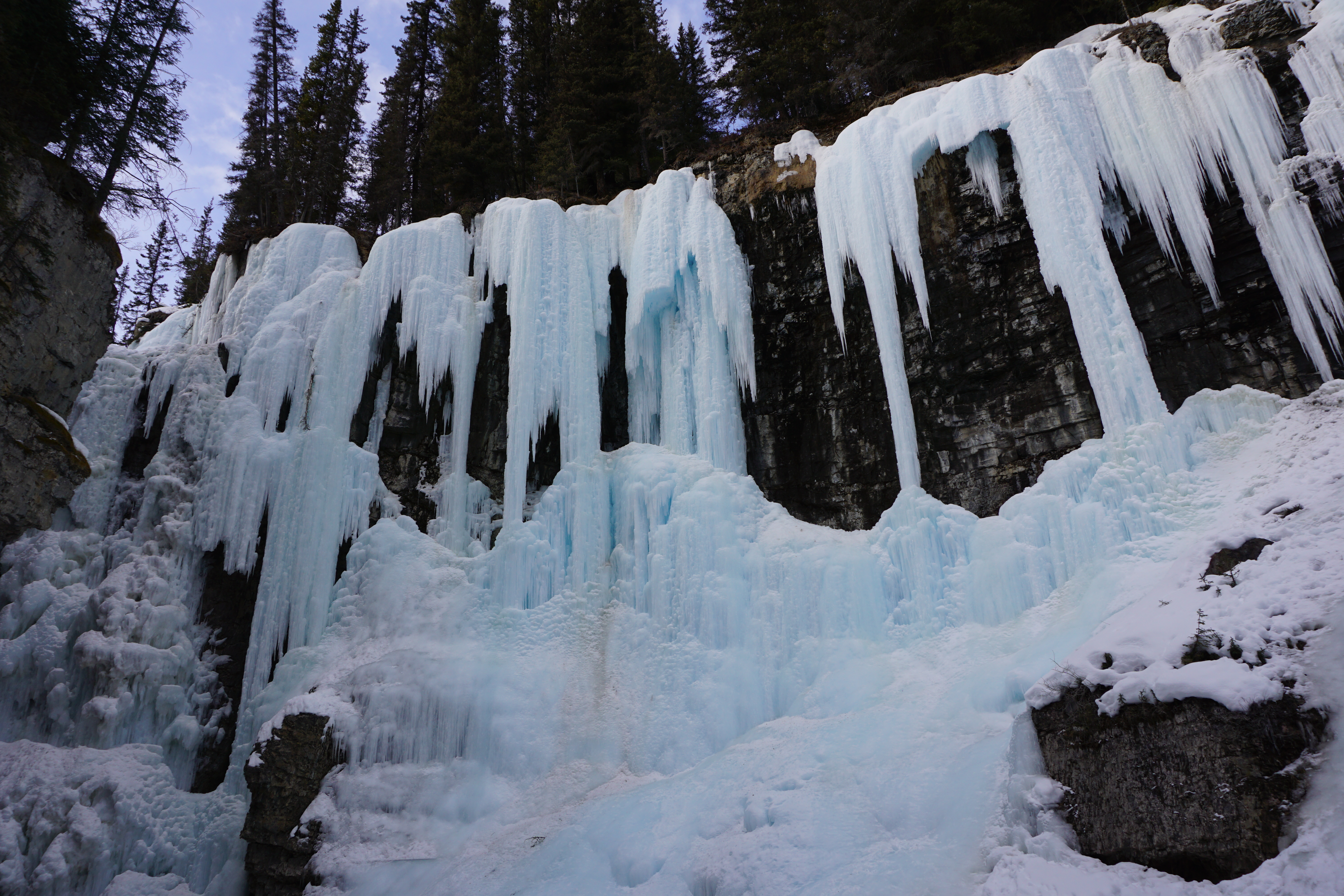 After some down time back at the hotel, it was time to head out for some drinks. We couldn’t come all the way to Banff and not try a famous ‘Trashcan’ cocktail from The Eddie Burger + Bar. The Original Trashcan Cocktail is Long Island Ice Tea mix, blue curaçao, lime and a full can of Red Bull tipped upside down into the jar. I would recommend trying at least one… any more than that and you’re teeth might be aching from the sweetness. The Eddie is a small place, and we were lucky to get a table that all 8 of us would fit around. However it is a really cool bar, and apparently the food is also awesome there, so don’t be discouraged!

The plan on our last day was to ride Lake Louise Ski Resort and then make the drive back to Big White skied out and exhausted. However, with winds up to 100km/h at the top of the lifts, we decided it wasn’t worth it, and sadly left Banff around 10am. Along the way, we decided it was worthwhile checking out Kicking Horse Mountain Resort, about 2 hours from Banff and directly on the way home. We arrived there at 1pm, and it was basically raining at the bottom of the Gondola. I was not impressed. On top of that, it was $70 for an afternoon ticket, which everyone else was willing to pay. I had been in situations like this before, where I didn’t want to spend the money on skiing in rain, however once again I was pressured into sticking with the group. On this occasion, I was bloody glad I did.

With over 4000 vertical feet under their belt, the top of the mountain had 30cm’s of fresh powder awaiting us. The wind was howling, the visibility was shocking, but the snow was incredible! Kicking Horse has the perfect terrain for incredible pow turns. We spent two hours lapping the one chair, choosing a different line each time, and each getting fresh tracks every time. It was amazing! I would highly recommend visiting Kicking Horse, especially if you’re into some gnarly terrain, and if you can catch it on a powder day, even better! 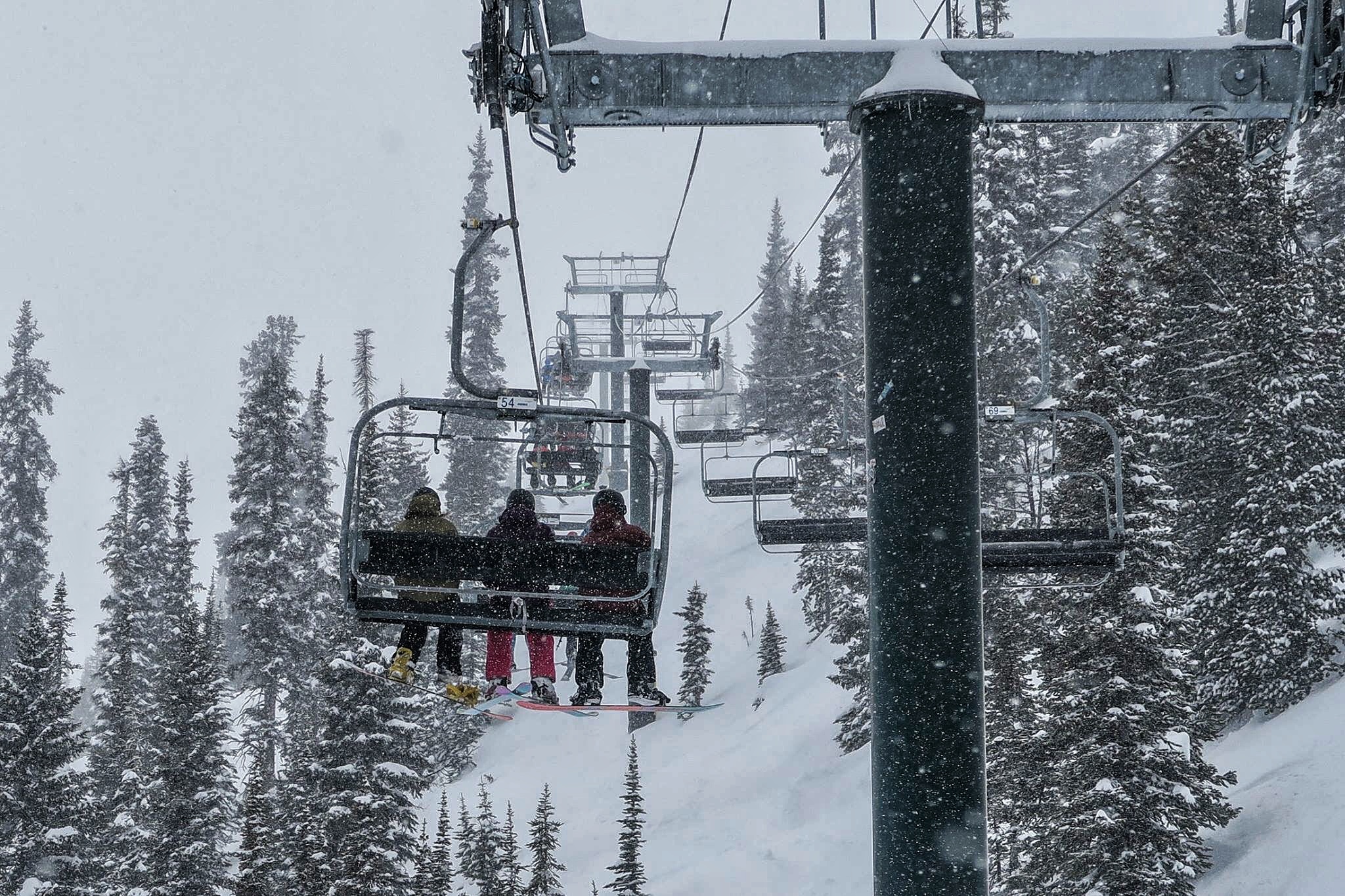 It’s safe to say we arrived back in Big White pretty chuffed with our few days away. Banff is a beautiful town with so much to offer, year round. I hope that we will be back one day!