Yosemite National Park is easily one of the most beautiful destinations in the United States. Only 3.5 hours from San Francisco, you can experience the beauty and charm of the park within a day, but realistically you could also spend days on end exploring every nook and cranny. If there was ever a place to make me feel completely insignificant (in a really beautiful way), this was it.

Yosemite has long been present on my bucket list, and luckily, amidst our whirlwind road trip of the West Coast, we managed to squeeze in some time at the beautiful National Park. We only spent about 5 hours in the park, which was nowhere near enough, but it was better than missing out all together. One day, I would love to get back there and spend a few days camping and hiking throughout the park (in a warmer season too!).

Accommodation within the National Park gates or even just outside is very expensive and very limited. If you have the room within your budget to stay closer, you had better get in super early.

Alternatively, you can use a local town like Mariposa as your base for your time in the park – and this is what a lot of other travellers will do too. It is only about 50 minutes drive from Yosemite Valley and has sufficient accommodation and eateries to keep you satisfied for a few days.

The Highlights of Yosemite

The absolute must see’s for me in the park were Glacier Point, Tunnel View and Yosemite Falls. Given the short amount of time we had, I thought this was reasonable and achievable. Plus, I wanted to really savour the moment at each of these places, instead of just snapping some photos and moving along.

For those of you that don’t know, the elevation of Yosemite National Park runs from about 650m above sea level, to 4,000m above – which means that during the winter months, it can snow quite a lot in Yosemite. To get to ‘the top’ of Yosemite, you need to be able to access Glacier Point Road and because the road is so high up, it actually remains closed from November to approximately mid-April due to snowy conditions. Depending on the snow fall of that season, the road will start to be plowed around April or May – once the snow starts to melt.

Considering Glacier Point was one of the highlights of Yosemite I was desperate to see, I had been checking the road status on a daily basis to see when it was anticipated to be opened. I was literally crossing my fingers and toes ??! It wasn’t looking good for us, and I started to panic..

The night before we were set to visit Yosemite, I checked the National Park’s page one more time, and the status was changed to… open at 9am TOMORROW ??. This is a kind of luck I’m not used to experiencing – so saying that I was stoked is an understatement.

From Yosemite Valley, it’s about 20km’s by car along Glacier Point Road to reach the top. It’s a windy road, and the views heading up are almost as amazing as when you get there – so make sure you drink them in! (Unless you’re the driver, in which case please pull over before safely admiring.. it’s a long way down! ?).

When we reached the lookout, I was absolutely awestruck.

I literally felt as if I was standing on top of the world. It was freaking amazing and something I will never, ever forget ?. 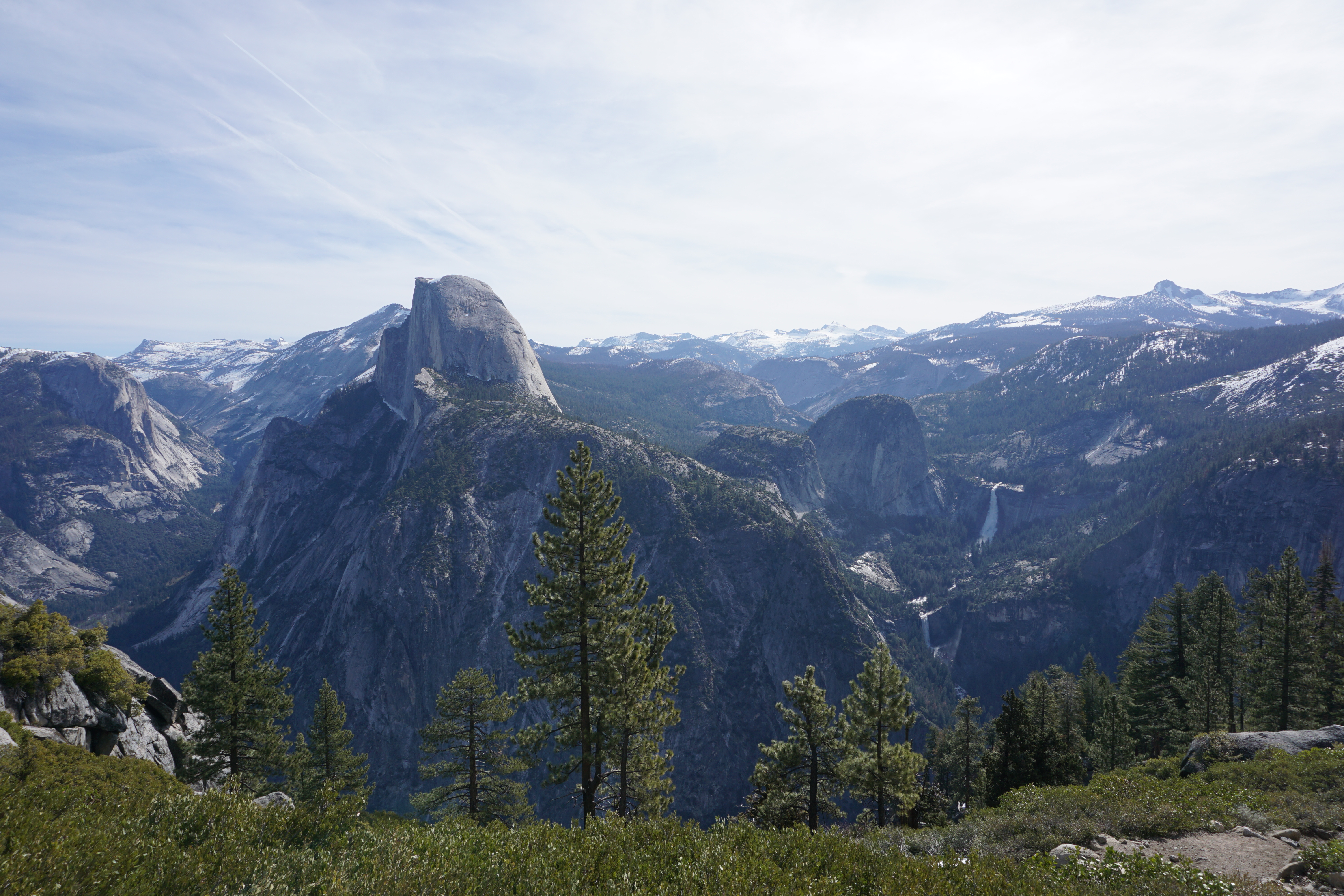 The lookout provides a commanding view of Yosemite Valley including the Half Dome and three waterfalls. We perched ourselves on a rock and ate our breakfast in silence – I think we were both equally overwhelmed and impressed.

We spent about an hour here, relaxing and admiring the view – and having our breakfast stolen by the cutest (and naughtiest) squirrel ever ?.

The next major stop on our route around the Valley was Yosemite Falls from the Swinging Bridge Picnic Area. There are a few different vantage points to see Yosemite Falls and you can hike to the different spots along the falls, if you have the time up your sleeve. This area was really peaceful and charming for our next stop. 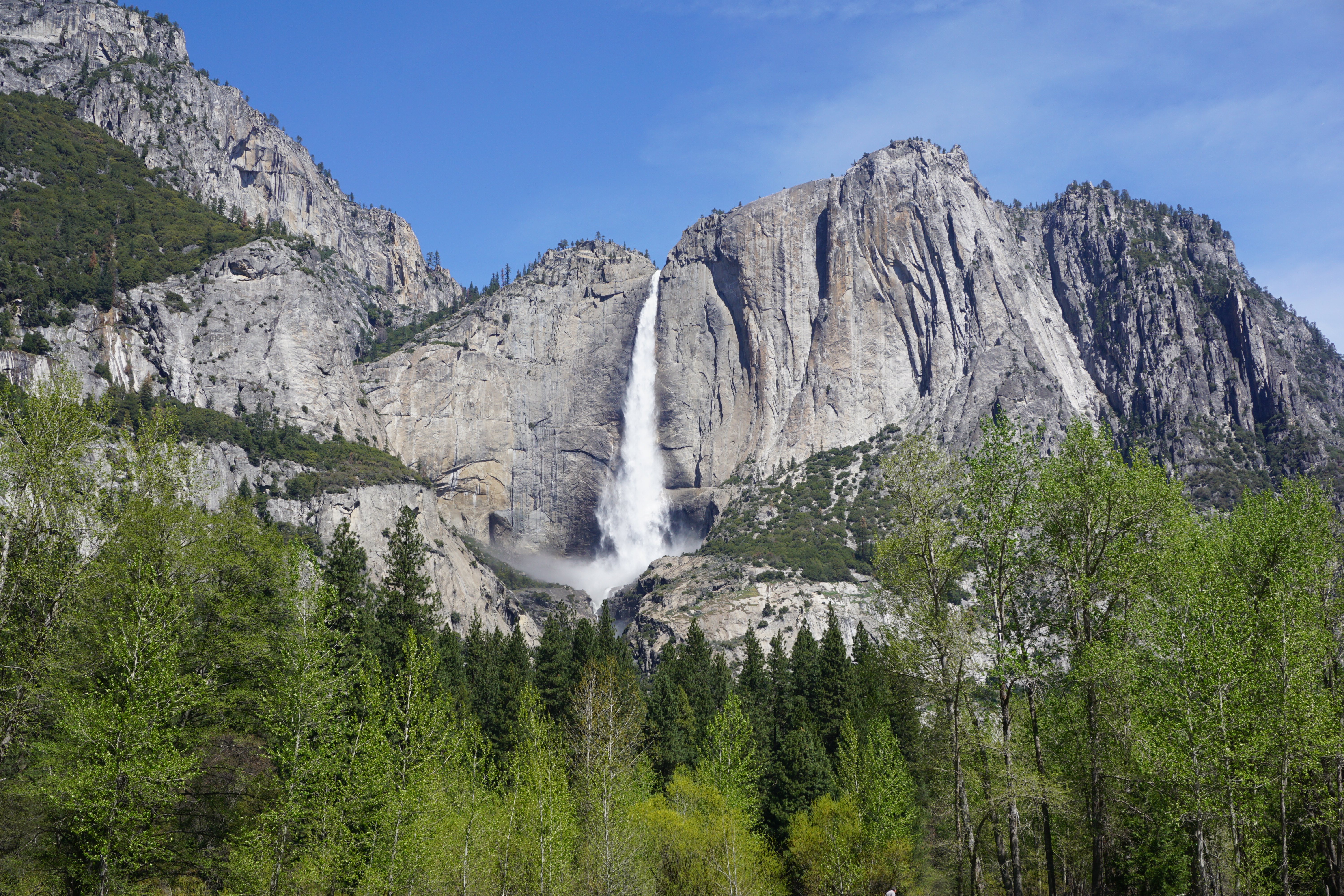 After completing the Yosemite Valley loop in the car, and stopping here and there to get different view points of the park, our last stop was by the Tunnel View – probably one of the most well known images of Yosemite there is.

Despite having already spent a few hours exploring, I was still fascinated with this place and just couldn’t seem to completely grasp its size and beauty. Even now, looking back on these photo’s, it feels like something that should exist only in a dream ??‍♀️. 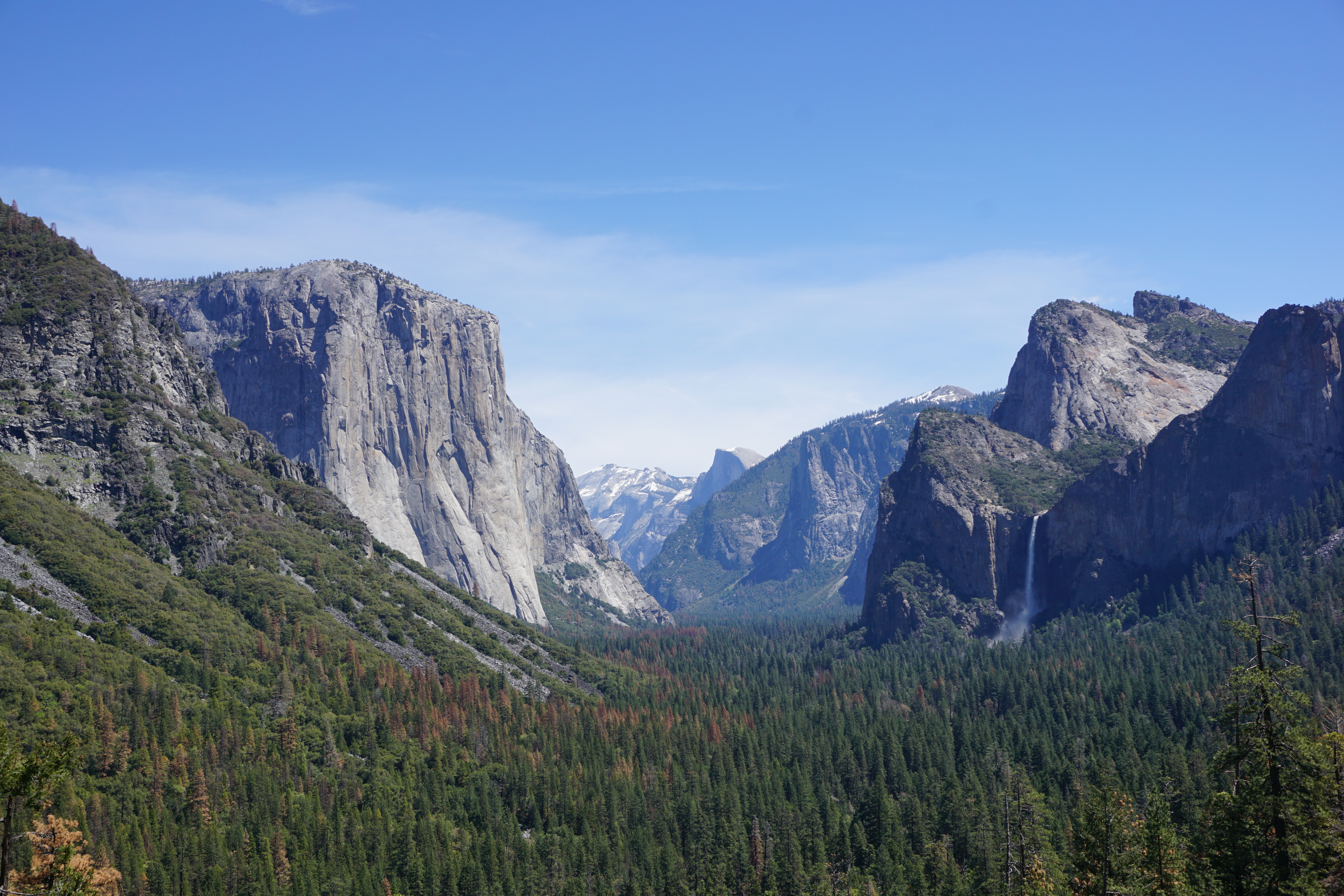 Hot Tip – Being one of the most famous images of Yosemite, this spot was actually rammed with bus loads of tourists and I suspect this would be the case the entire day. While you will still get a photo of the view completely uninterrupted by people, don’t expect to find some quiet time here like you’ll get in other areas of the park ?.

*We were lucky enough to be in Yosemite on National Park’s week so our entry was free! ?. Normal Park entry fees if you’re driving in yourself are $25-$30 USD per car. If you come in on a tour, these fews should be built into the overall cost of the trip.

My only regret about our time in Yosemite is (as usual) our lack of time to spend a few days camping, hiking and exploring. At the end of the day, if you’re on restricted time, I truly believe it’s better to have experienced it than not – but of course, we can always dream about having more!

Regardless of the short time we had, Yosemite is by far, one of my favourites places I’ve ever visited so far ☺️.

Have you ever been to Yosemite? What was your experience like? Feel free to leave your thoughts and experiences in the comments below ?.

I hope this short post has helped to shape your plan to visit the States most beautiful National Park. If you’re still along for the Ultimate 12 Day Road Trip ride, stick with me – we have one part to go and that’s – Viva Las Vegas! ??. Click here to keep reading. 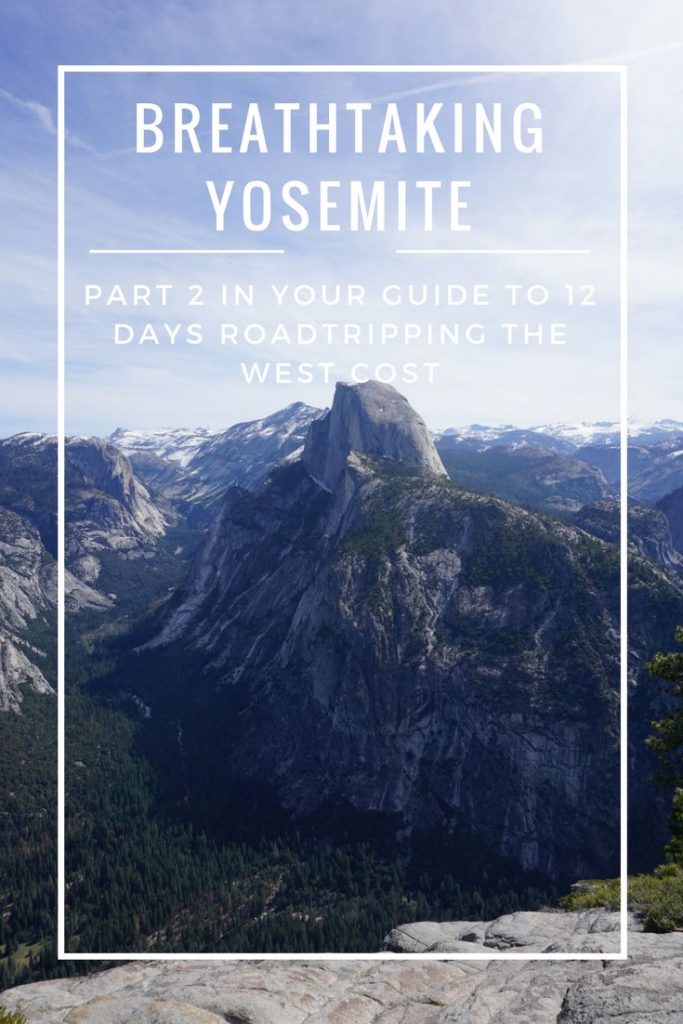