What is Snow Biking?

If you’re into winter travel, skiing or outdoor winter sports, you may have heard of the new phenomenon that is snow biking (or timber sledding). A snow bike combines the agility of a dirt bike with the terrain capabilities of a snow mobile. Basically, you can go almost anywhere on these things. They’ve been around for about 6 years, but only recently have they made their mark in the mainstream market. 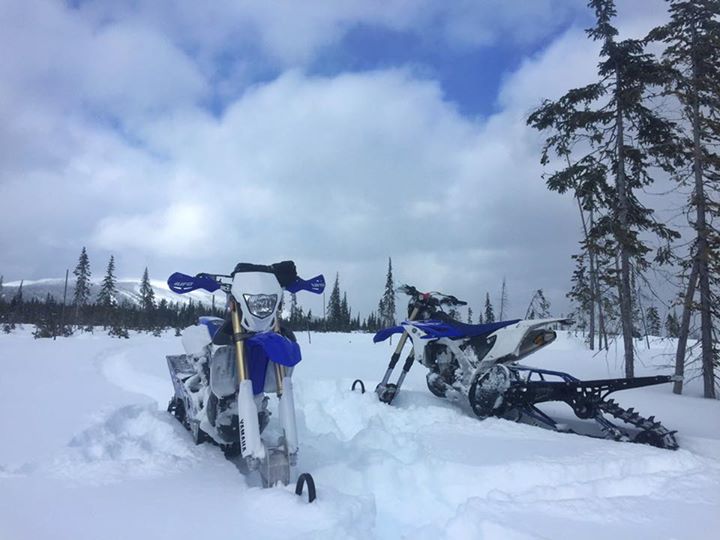 Outback Snowmobile Tours at Big White Ski Resort recently acquired three snow bikes and started to offer 1 or 2 hour tours to customers. After growing up on dirt bikes, my boyfriend had been dying to try them since he learnt of their existence. I couldn’t fault him. A bike rider myself, I was keen to give them a go.

So we bit the bullet and forked out the $590 CAD it cost for both of us to rent them for a 2 hour tour (including tax and insurance). What I loved about their service is that the 2 hour tour time was exactly that! You were required to turn up 30 minutes early to gear up, sign waivers and pay the damage deposit. Once your tour time hit, you were off for the entire time. The guide was amazing from start to finish (I wish I could remember his name!!). He was extremely knowledgable, helpful and had the patience of an saint (you’ll learn shortly why this was important!).

We arrived at 8.30am, for our 9am tour and the butterflies kicked in. I was super nervous. As a road bike rider, I’d never ridden a dirt bike and my boyfriend had drummed into my head how different it would be…

“There  is a lot more resistance, so you need more throttle than on a road bike. It will be  jerky and throw you about. Grip with your knees. Sit close to the handle bars so you can keep your elbows bent and absorb the vibrations.”

I listened to him (I did!), but he has always almost over exaggerated the skill required to do something, so that it seems easier when you’re doing it. 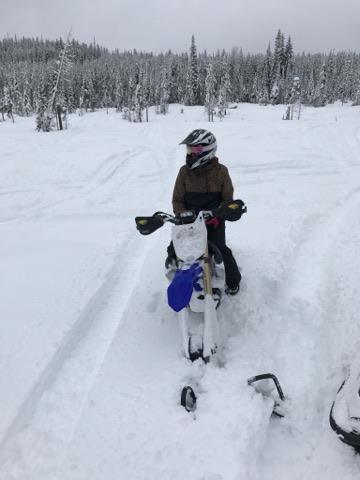 It Was Now or Never…

The snow was deep! We’d had 25cm in 24 hours and it was deep, heavy snow. We spent the first 15 minutes putting around Happy Valley. The boys both took off and mastered it immediately (eye roll – boys!). I, on the other hand, made it to the end of the field and tried turning… it wouldn’t turn… so I stopped… and fell. I don’t want to bore you with the details, but this went on for about 10 minutes. To the point where I got completely fed up and said they should go on without me. The guide wouldn’t have it. He said he expected all three of us to be in that exact position for the first 15 minutes and said I needed to relax and do what I know on a road bike. He was right. I was freaking out. I took a deep breath, and started again.

Once we got out onto the trail, it was just like riding a bike – for real! It was bumpy, and it threw you around, but the throttle control, leaning around corners and looking where you want to go was all the same. The ride out to the area we were headed for called, ‘The Playground’, was about 10 minutes, and by the time we got there, I was already sore from hanging onto the bike (eep!). 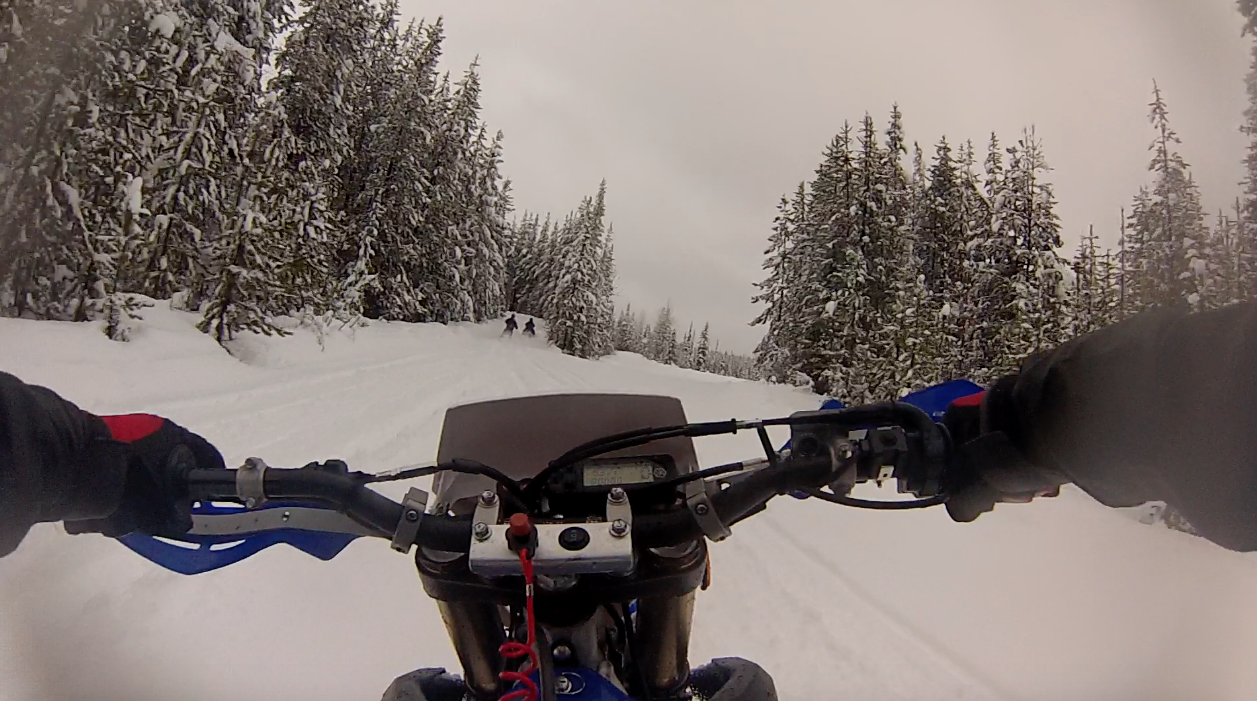 At the Playground we were given instructions about our parameters, and told to go for it. The Playground was basically a big open area, with flat, bumpy fields, gullies, small hills, leading into bigger hills and trees around the outskirts. It was the perfect area for testing out the limits and capabilities of the snow bike.

We all took off in our own directions. I headed straight for the biggest hill (by accident) and had no choice but to go for it. I later found out that’s the hardest climb in the whole field! The more time I spent on the bike, the more comfortable I felt. You start to realise how far you can lay it over before it will kick you off – I learnt this a few times! Each time, the guide would come over and help me stand the bike back up. At one point, I even sent the whole bike flying through the air, over a jump (again, by accident) and landed calmly and confidently. It was awesome!!

Now this is the part where hating it started to seep in. Each time I fell off, or dropped it trying to stop, it got more and more frustrating. I would be riding along, really confident and having a ball, and I’d make a mistake and topple over. I get it – it’s the learning curve of riding a bike and at least I had a soft landing. But it was taking it’s toll. 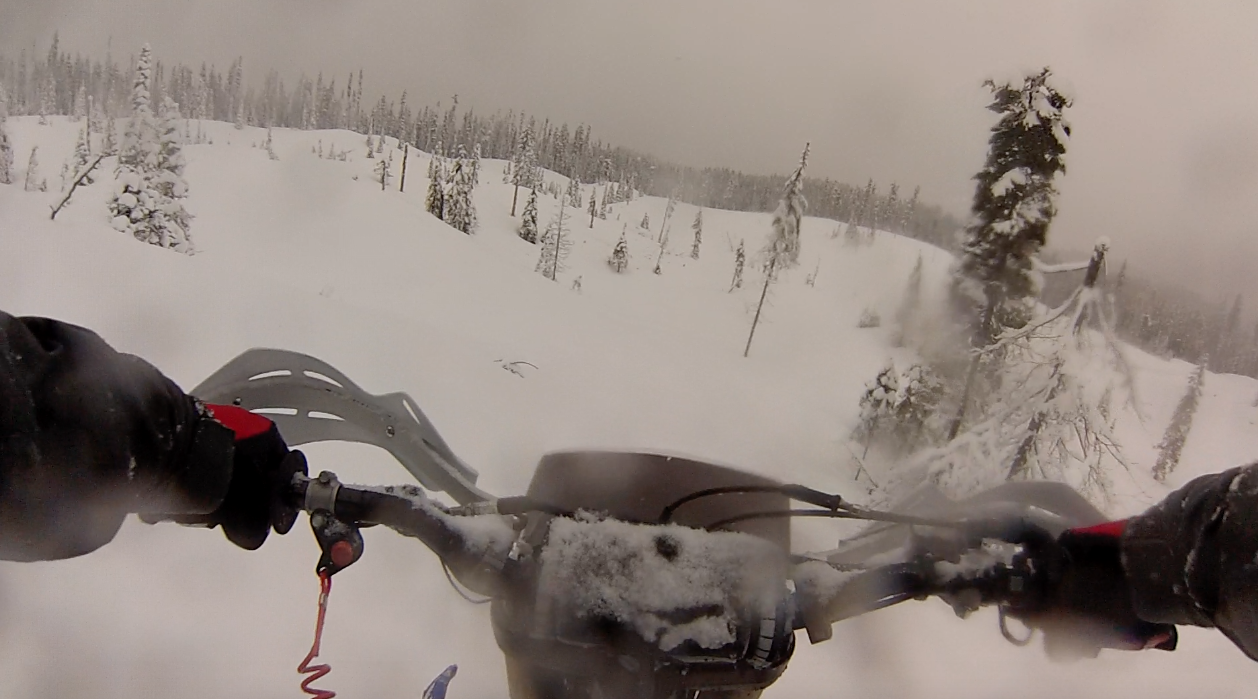 And Then I Crashed Into a Tree…

Yep. You read right. I rode full ball into a clump of trees.

Here I am, riding along, really getting into it. I came tearing up over a small hill, maybe in third gear, and straight ahead I see a clump of skinny trees. Immediately, in my head I’m thinking,

Now. I don’t want to make excuses. But I am trained well in, and am very good at remembering to grab the clutch and hit both brakes in an emergency stop. I am 95% sure I tried all of these and none of it worked. My last thought was, “Oh F*#K!”, as I ploughed into the trees.

Luckily, I aimed in between two of them, mainly crashing into the tree on the left. I hit the tree, smashing the bark buster and my left hand. My left ankle got stuck between the tree and the bike, however the bike threw me with such force into the tree well on the right hand side, it (luckily) got yanked out. All the snow from the tree on the right collapsed on top of me, straight into my mouth, andddddd I burst into tears. 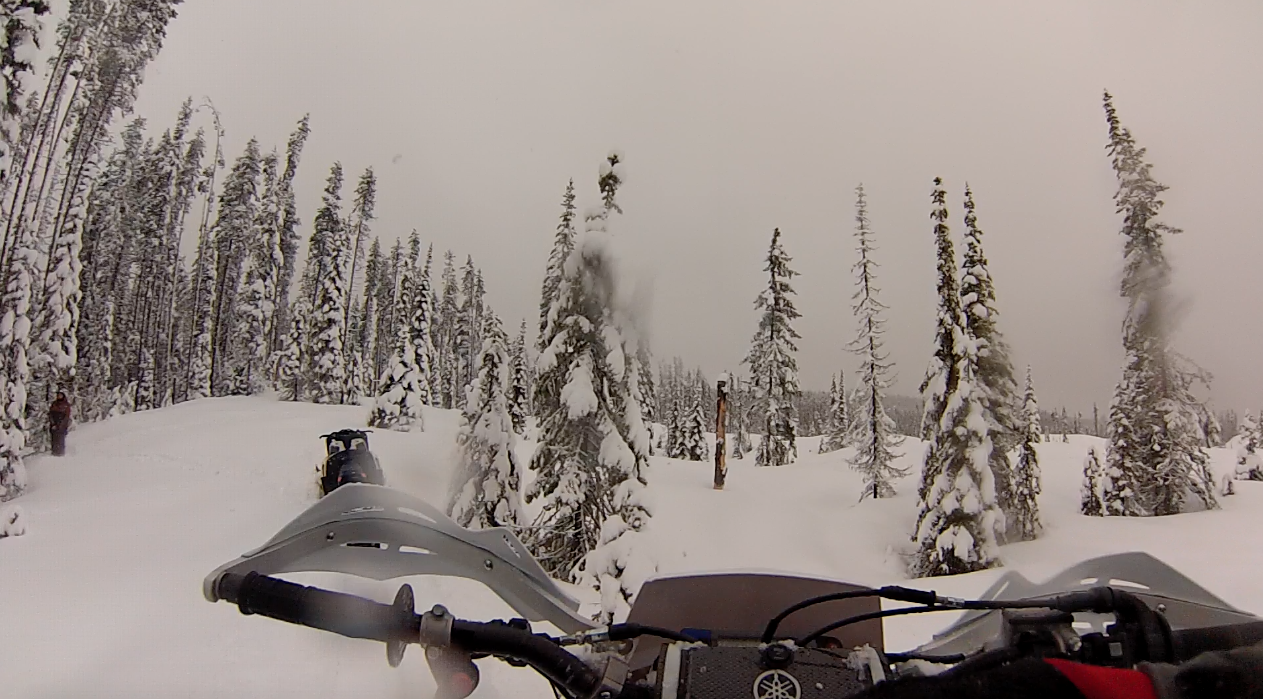 Me standing next to my poor bike in the trees on the left!

My ankle was absolutely throbbing, the bike was steaming and I was mortified I had crashed so hard. I managed to climb out of the tree well, and limp out into the open to flag someone down. The guide spotted me first and came over to help. This is where he receives 1,000 brownie points. He takes one look at the bike in the trees, and looks back and says ‘Ooohhhh.. I see.. are you alright?’. I mean obviously he was never going to be an ass about it, but I just crashed one of their new snow bikes! Into a tree!!! It would be understandable if he was a little miffed.

Anyway, the boys got the bike out safely and amazingly, it was fine! One missing bolt from the bark buster and a few scratches on the tail. The interesting part was the throttle was stuck wide open, which could possibly explain why I had zero ability to stop the bike right before the crash. I don’t want to make any excuses though, I still crashed the damn thing.

But… I Got Back on the Bike.

I took 10 minutes to let the adrenaline settle, my ankle was still sore, but way better than I had initially thought, and I was understandably shaken up. But I couldn’t let that be my last hur-rah on a snow bike. So I got back on, and I stuck to the more flat, wide open areas, in second gear and a comfortable speed.

We cruised on back to Happy Valley, somehow miraculously arriving in one piece, and I was not sorry to say goodbye to that thing. Don’t get me wrong, I’m so glad I did it! It was truly a once in a lifetime experience. But it’s exactly like the title of this blog – I simultaneously loved and hated it. It was way harder than I was expecting (even the boys with their dirt bike experience agreed), and it owned me… big time. Today, I’m left with a potentially sprained ankle with golf ball swelling on both sides, and head to toe body soreness. Would I do it again? Maybe! And a big maybe at that. 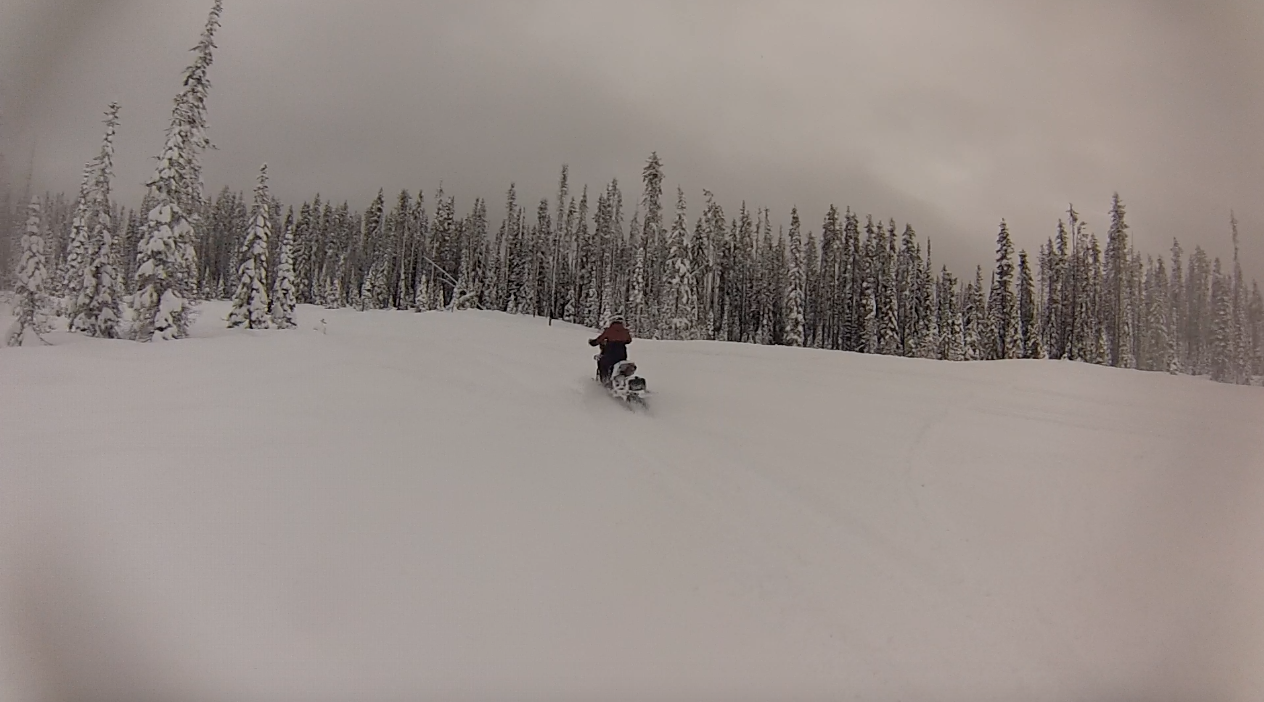 Tips to Riding a Snow Bike?

You might as well learn from my mistakes. So here are a few tips and tricks I wished I’d drummed into my head before our tour was over (hindsight is such a great thing, isn’t it!).

Of course, it’s all far easier said than done, which is why I can write this article so constructively after having the ride of my life yesterday. I don’t want to scare you off! If you have the opportunity to try them, you should absolutely take it. Just be ready for the beasts!