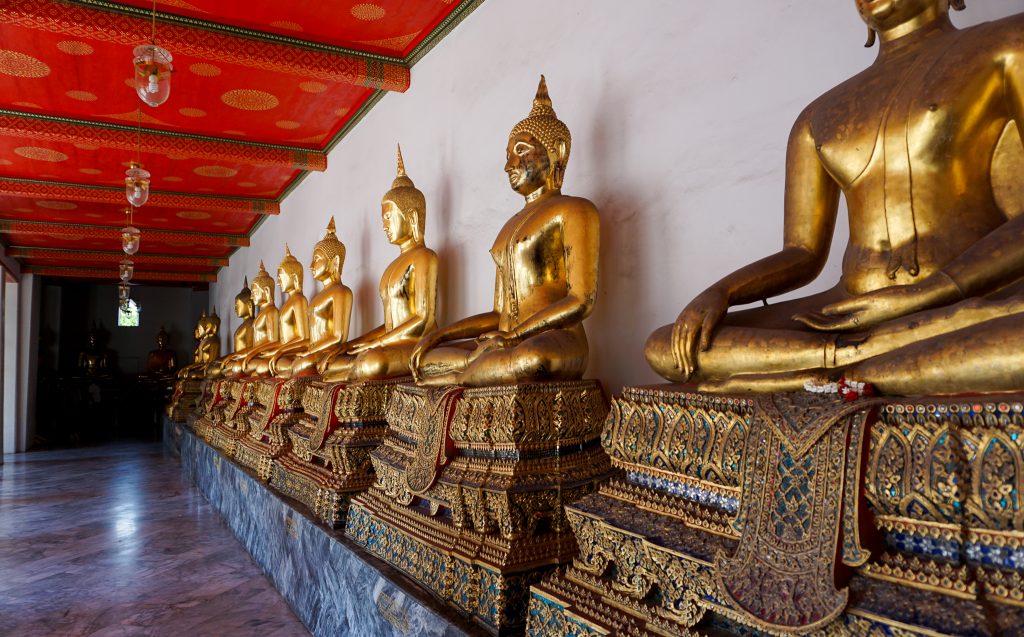 The day we set out to see Bangkok’s most popular temples, things did not go particularly to plan. In fact, they did not go to plan at all. I’ll delve into this a bit later. Wat Pho deserves attention of a post of it’s own and I don’t want to mix it in with a good ol’ rant about travelling mishaps.

Wat Pho is one of Bangkok’s oldest temples, existing before Bangkok was established as the capital by King Rama I. It lies in Bangkok’s Old City, only a short tuk tuk ride from Khao San Road. It is home to the Reclining Buddha, a 160 foot long golden sculpture. Wat Pho also features hundreds of buddha statues (which I adore).

If you’re staying in Khao San Road, you can get a short Tuk Tuk straight to the palace gates.

If you’re staying in the shopping district near the National Stadium (or anywhere close to the Sky Train for that matter) you can get the Sky Train to Saphan Taksin station, and jump on the Chao Phraya ferry at Sathorn Pier.

Make sure you don’t get sucked in to getting the 100 baht tourist boat, and head to the left to get the ‘locals – orange flag’ boat for 15 baht (bargain!). 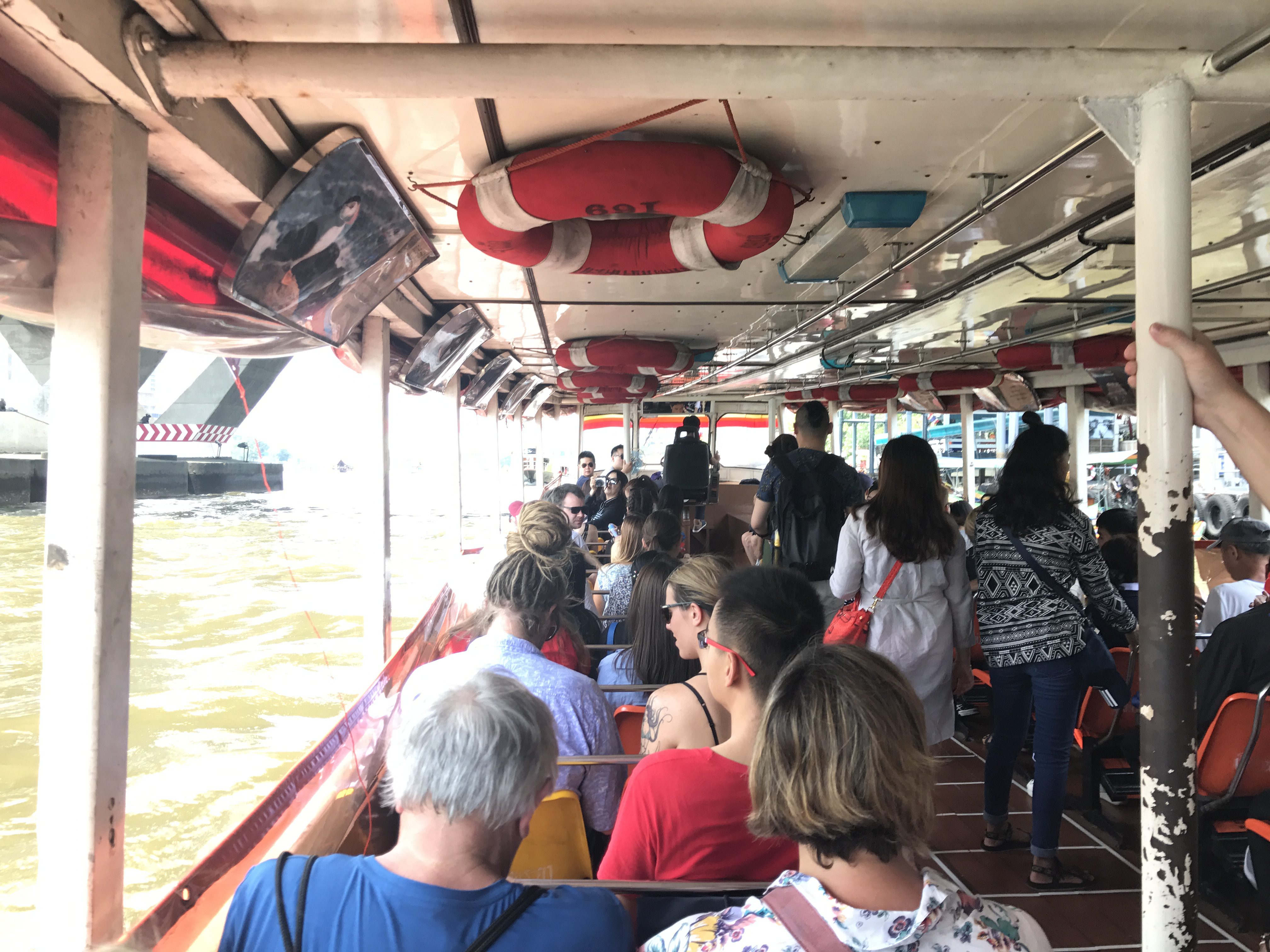 From the boat, you want to get off at either Tha Tien Pier #6 (directly for Wat Pho) or Tha Chang Pier #8 (for The Grand Palace). We had no choice to get off here because our boat mysteriously didn’t stop at #6.

But we didn’t really have any interest in seeing The Grand Palace (blasphemy, I know!), so we walked to Wat Pho from here (a little over 1km).

Side note. Make sure you keep track of where you are, and where you want to get off. They don’t give you a whole lot of time to jump off onto the pier before they zoom off again.

Entry to the temple is 100 baht per person, payable at the ticket station near the main entry gate (right by the Reclining Buddha).

Don’t forget, you are entering a temple and it is important to show respect to the temple and the Thai people by covering yourself to their wishes.

The officials at Wat Pho do not enforce regulations as much as they do at The Grand Palace, however women should still wear long, loose pants (breezy, hippie pants work well), and a t-shit that covers your shoulders. I did see some people wearing skirts or shorts that went below the knee, or some girls covering themselves with a sarong or shawl.

Guys should wear a t-shirt and long shorts or pants as well. My boyfriend got away with wearing shorts that sit just above his knee, but I don’t think this is something you’d get away with in The Grand Palace.

Now that you’ve got all the official business sorted, it’s time to enjoy the temple. 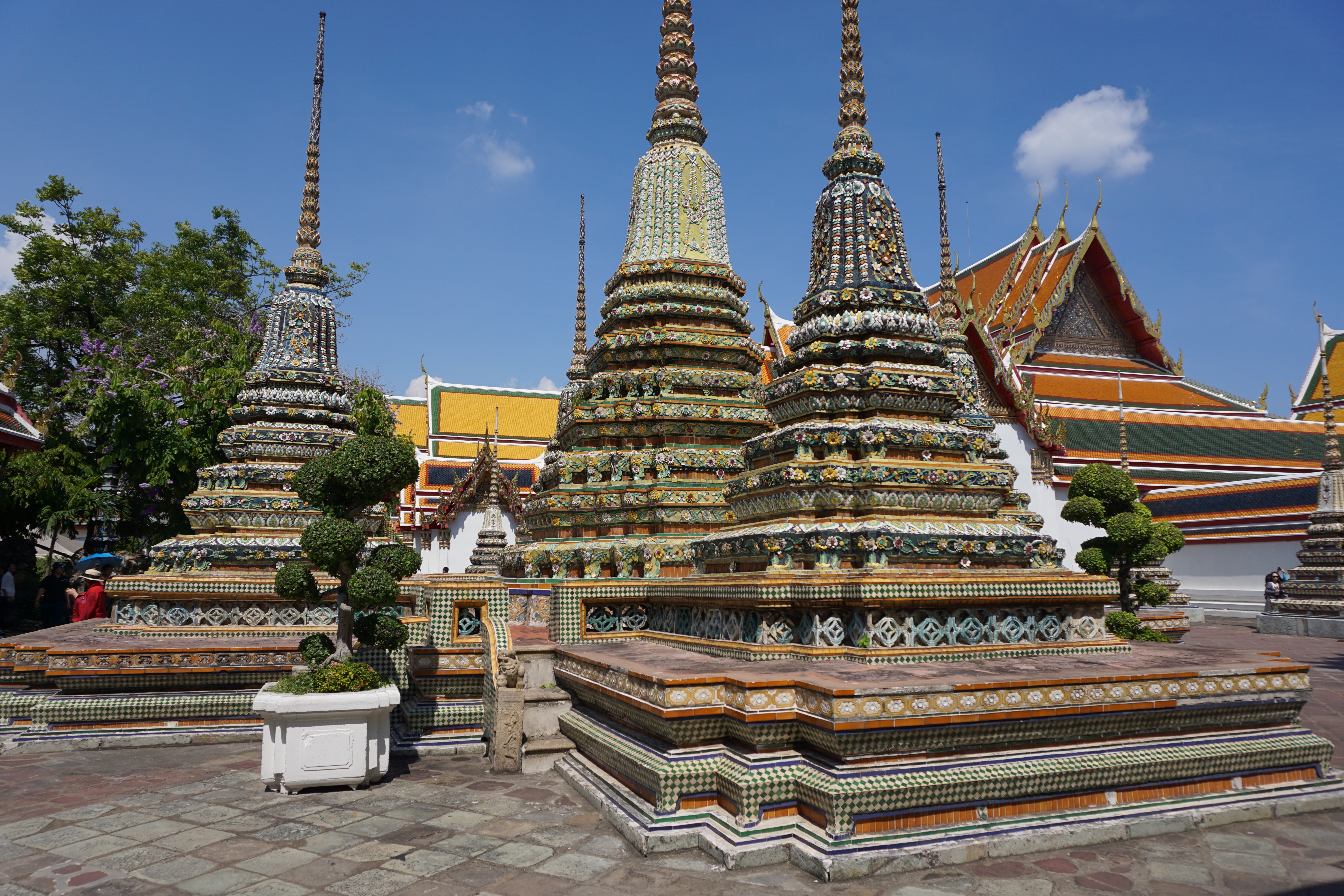 These temple towers are everywhere throughout the grounds. 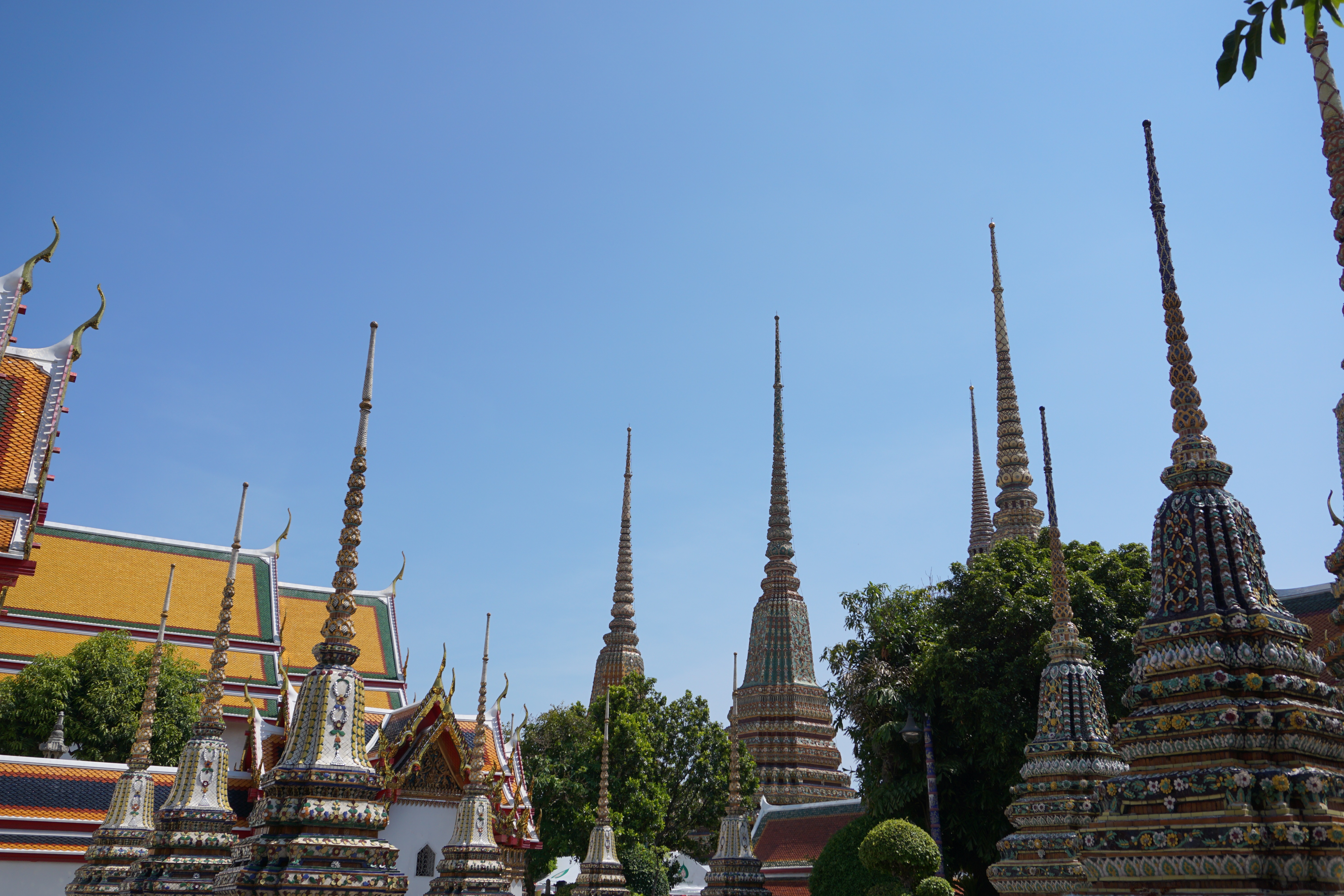 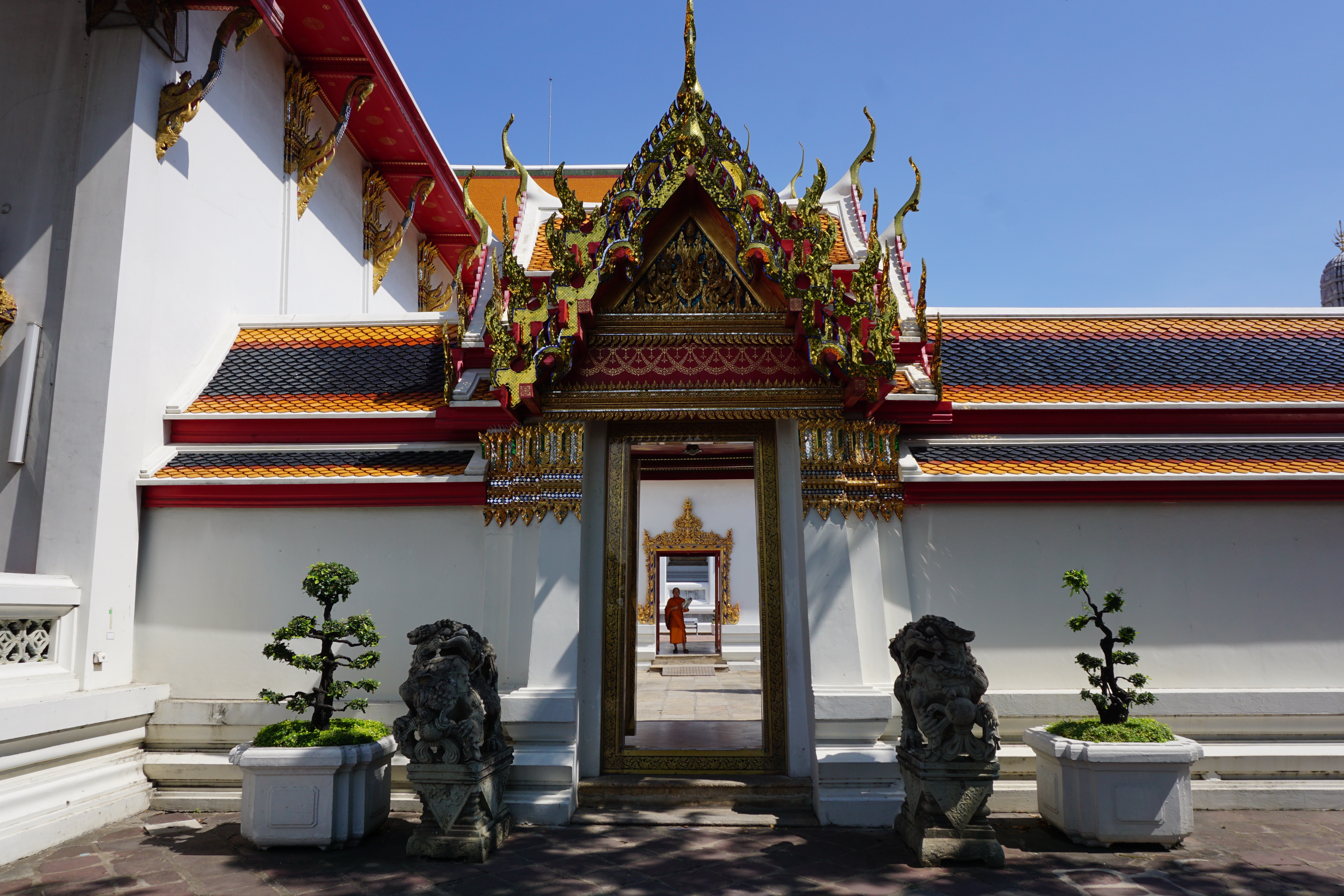 A monk in the doorway. I find them so peaceful and intriguing. 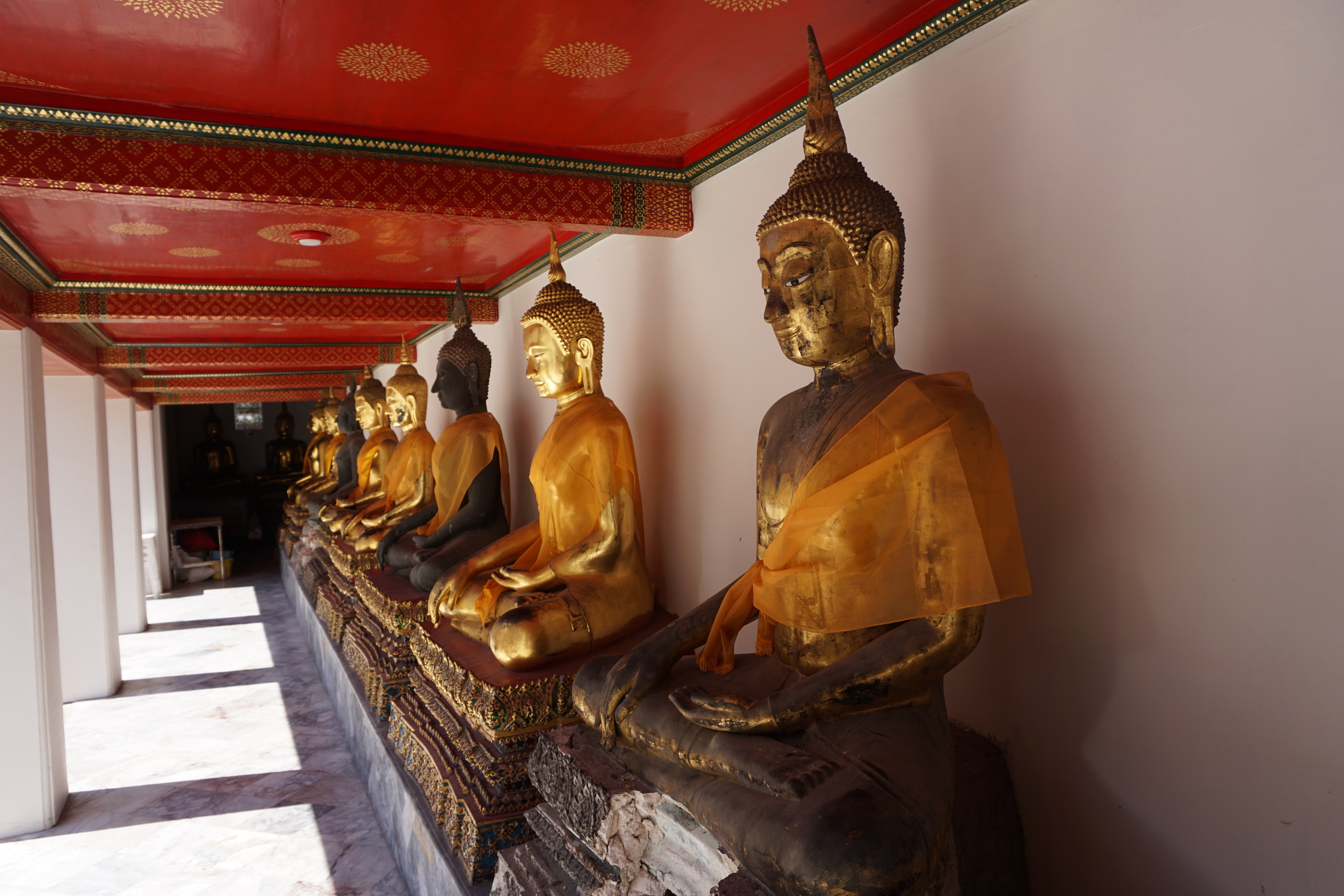 There are hundreds of buddha statues like this lined around the temple. Amazing. 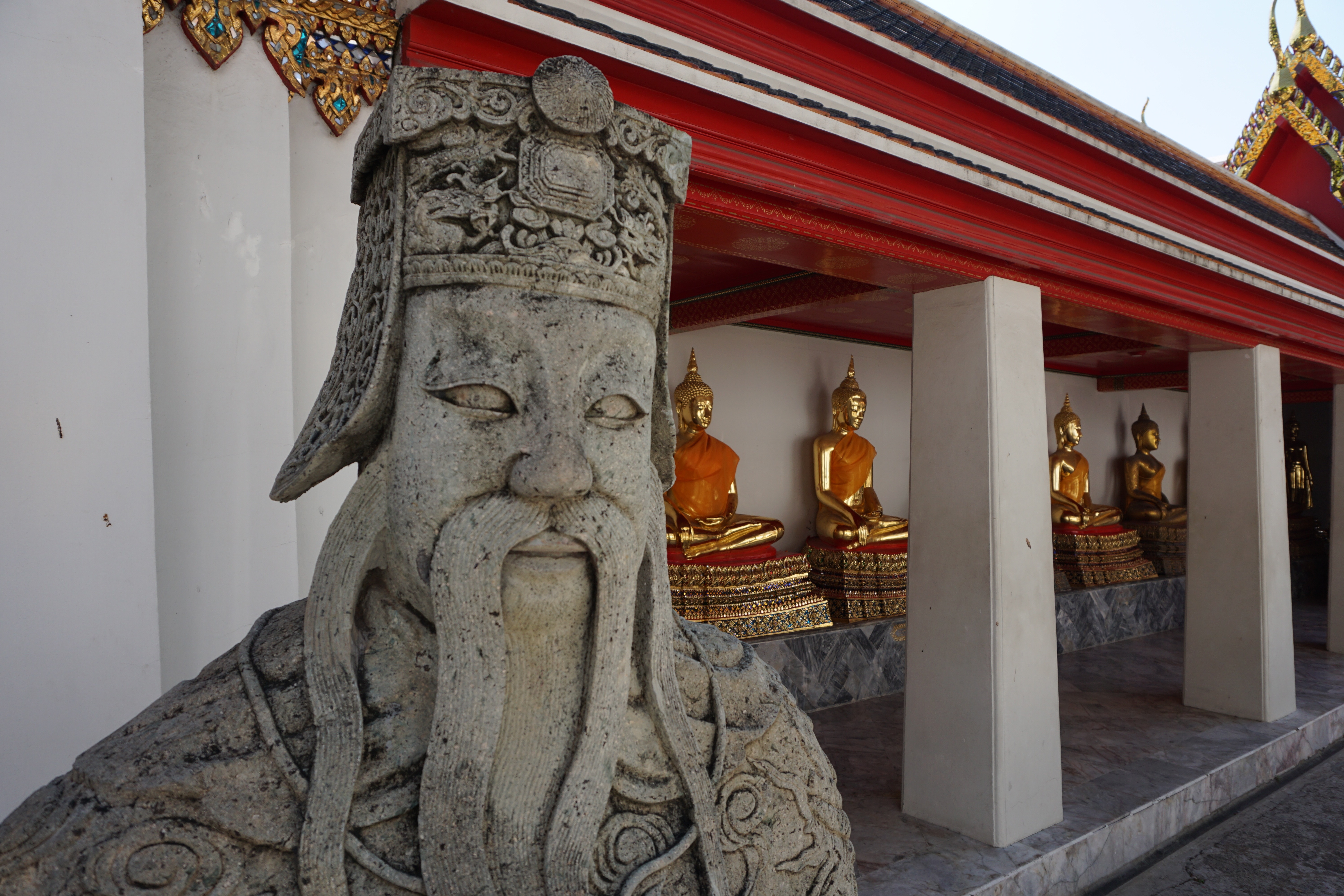 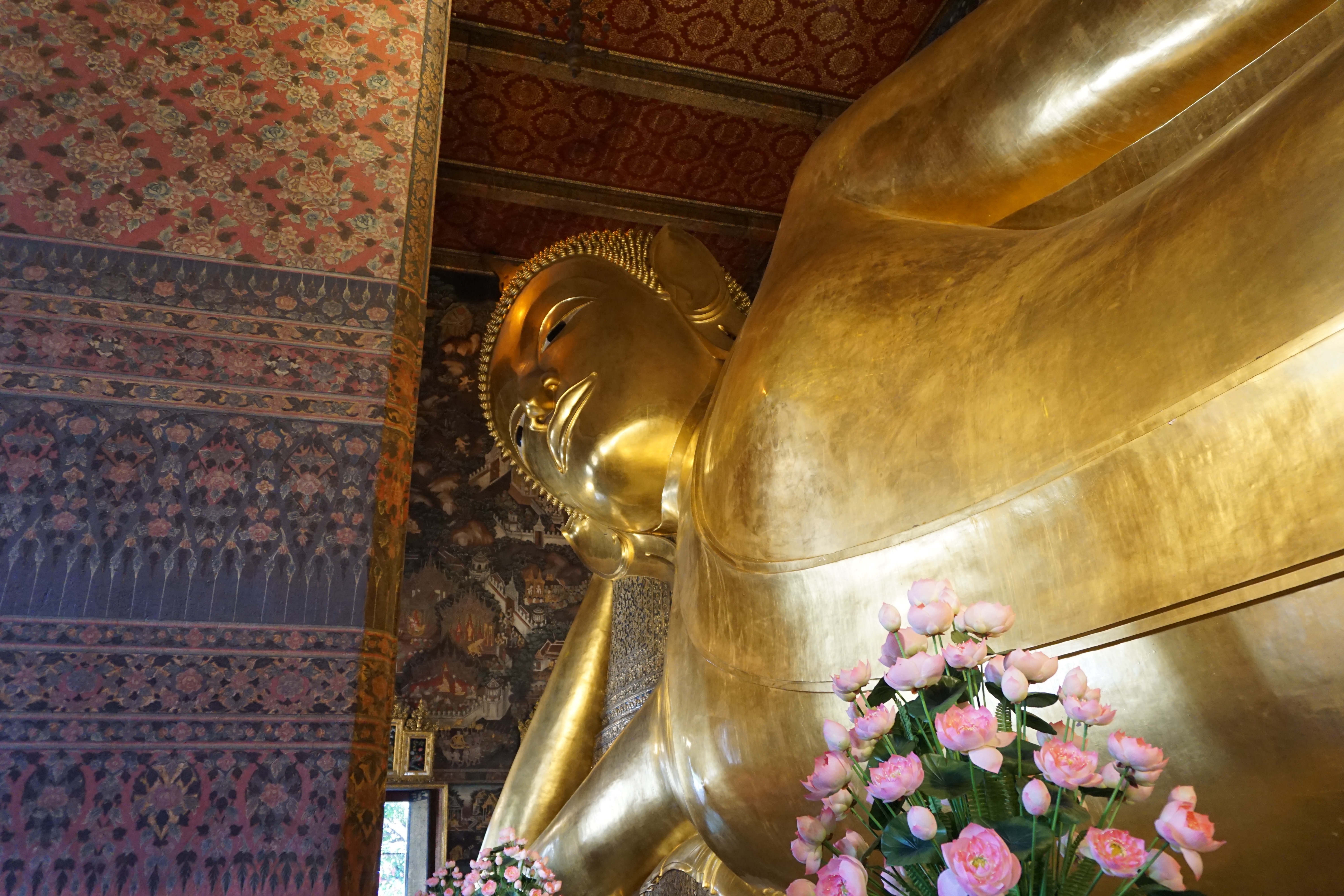 The famous and beautiful, Reclining Buddha.

So Should You Visit Wat Pho?

Yes! It really is beautiful. Even in 36 degree heat with 200% humidity. It’s well worth it.

You should also try and get to Wat Arun, and The Grand Palace, if that’s you’re thing.

An important thing to mention is that Wat Arun is currently under reconstruction. You can still enter the Temple grounds, and apparently even still climb to the first tier of Wat Arun. 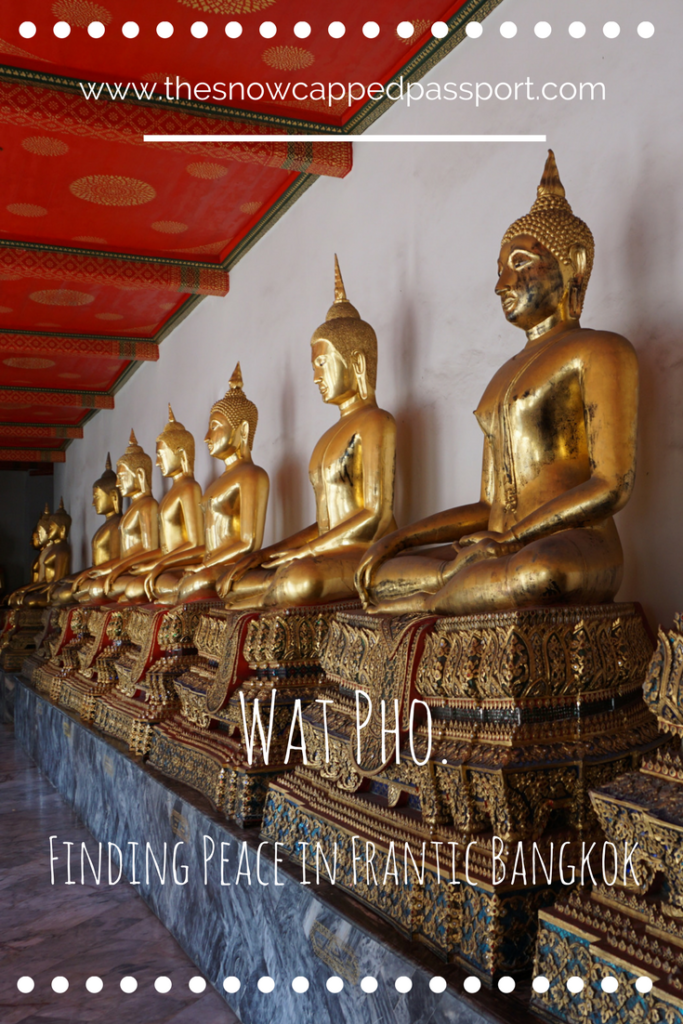